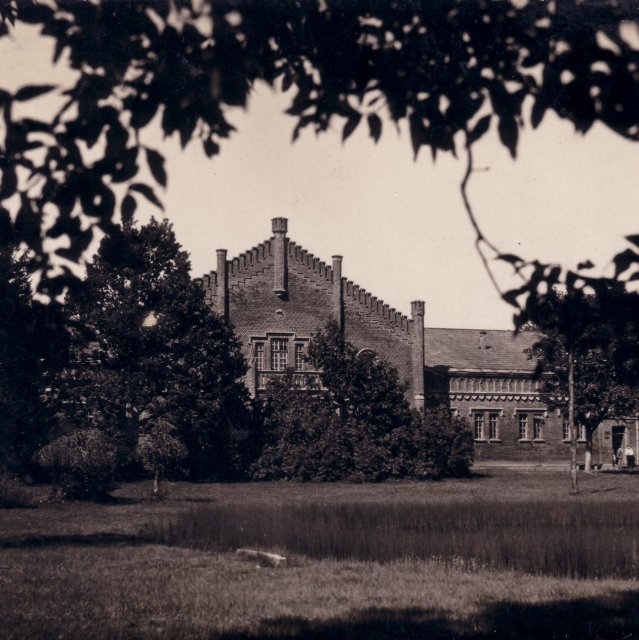 The red brick building, which is in front of the manor belonged to duke M. Oginskis and it was used as the stud. It was built in 1897.

In one side of the building horses were kept and on the other side  horse handlers were living. The middle part of the stud used to be as the horses dressage arena.

The duke admired horses, therefore they were well look after.

Nowdays there is Sport school in old stud.  Unfortunately, the building was rebuilt and layout according to a current needs.

The duke M. Oginskis had variuos breed horses, but mainly he kept the region's horses- žemaitukai.